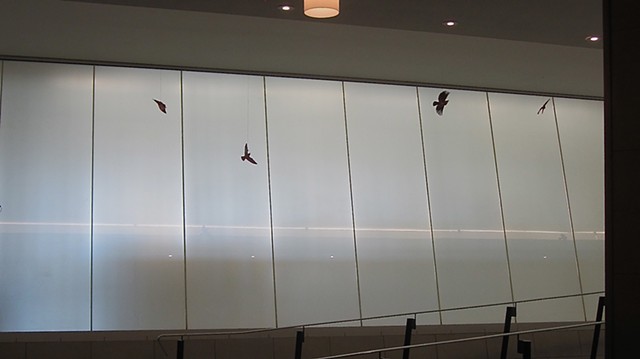 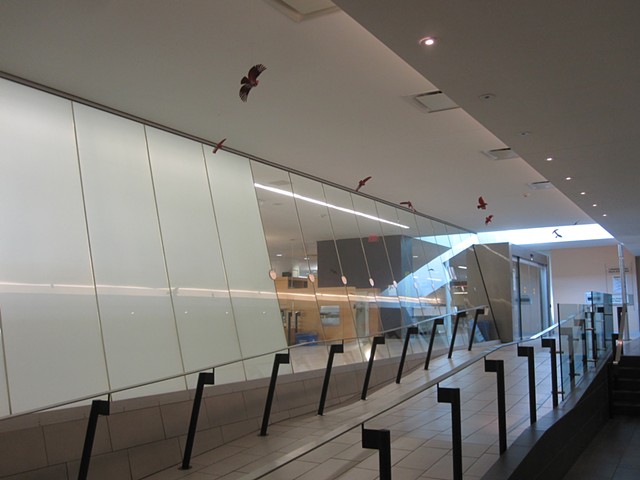 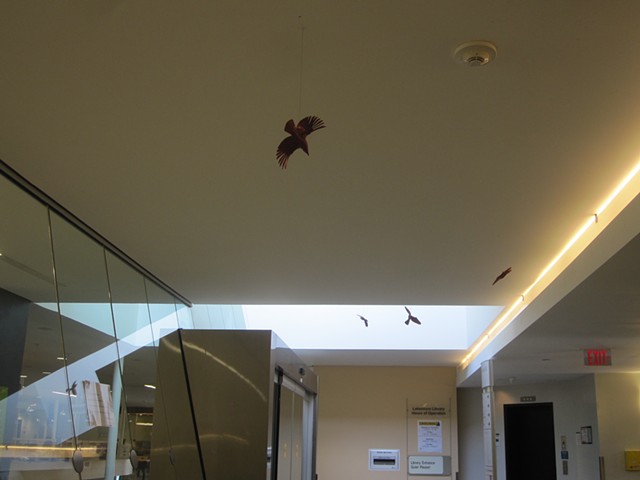 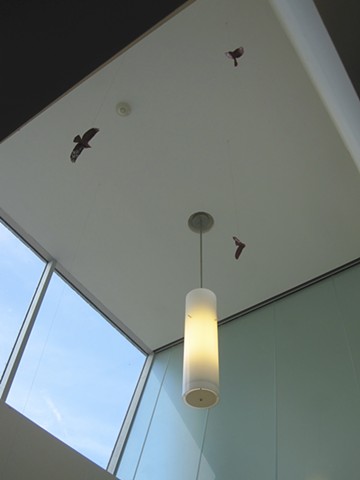 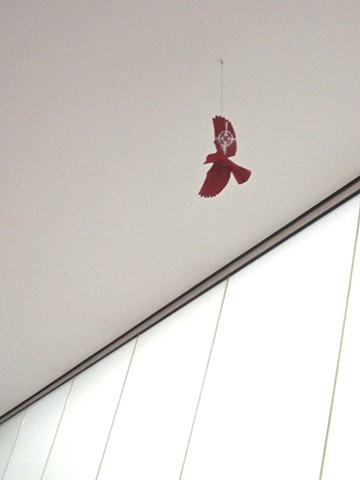 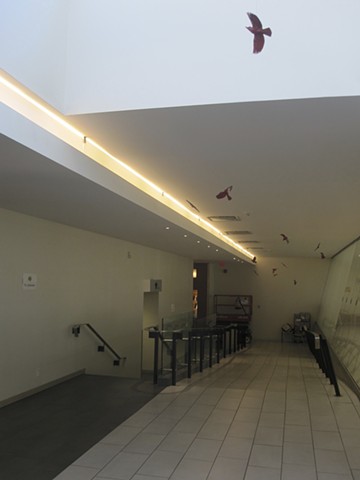 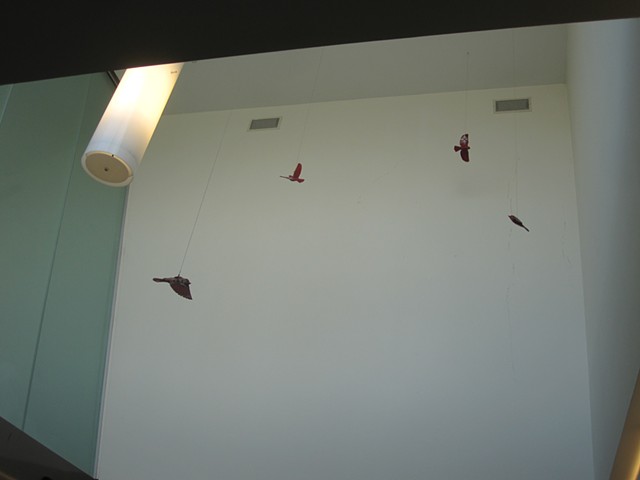 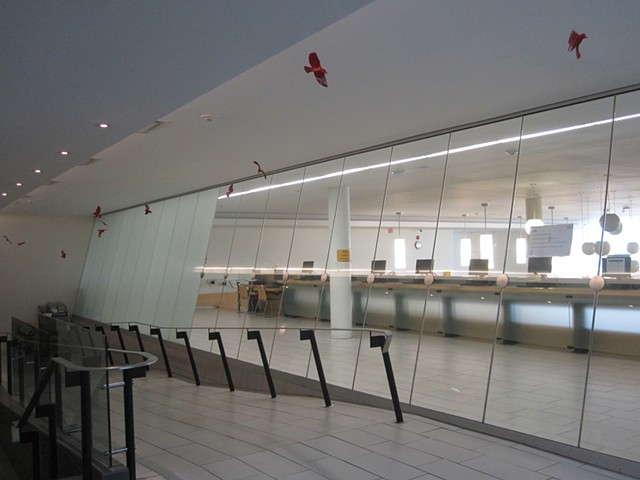 Installation at Humber College, Toronto, ON Squadron Squadron offers a duality and dialogue at the intersection of the personal and the social, poetics and politics. Few places is this more apparent than in sexuality. When Californians voted YES on Proposition 8 banning same sex marriage it became one of the few instances in North American history where civil rights were taken away. As an artist and a member of the gay community, I felt an immediate need to respond to overwhelming feelings of being a target for marginalization. I chose the ubiquitous sparrow as a metaphor for a collective population and painted each bird with “International Red” to represent borderless notions of the inward struggles and outward battles associated with sexual identity. Cast in bronze and then painted, each bird is given a new strength, presence and function to negotiate the space between a graceful representational form and the more sinister concept of a war bird. Each layer of paint applied over the bronze shrouds the deeply rooted ideas of tradition and value associated with the medium, removing what is expected and prompting the viewer to question notions of tradition and conformity. Squadron challenges the viewer to explore what it means to be vulnerable while presenting an unexpected beauty in something unconventional and quietly threatening.