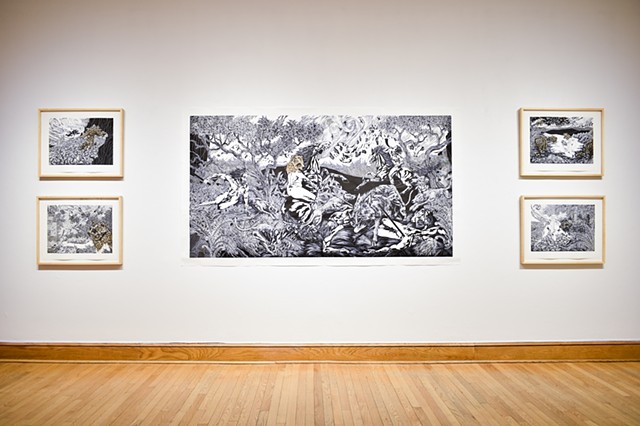 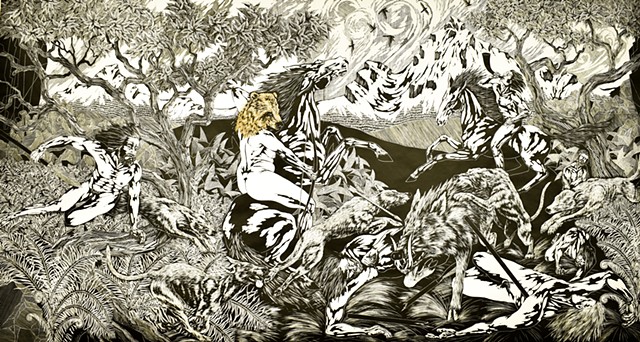 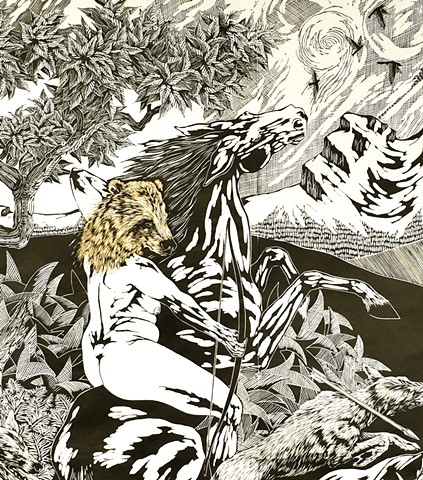 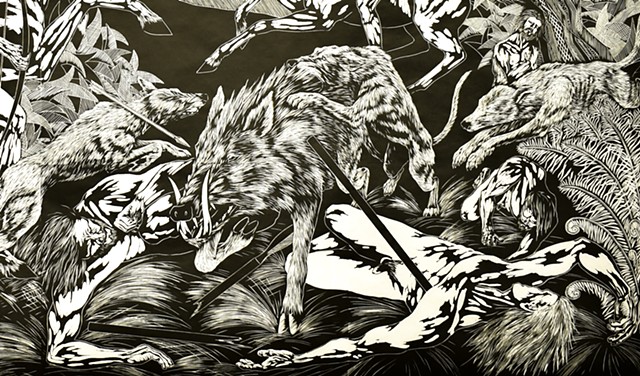 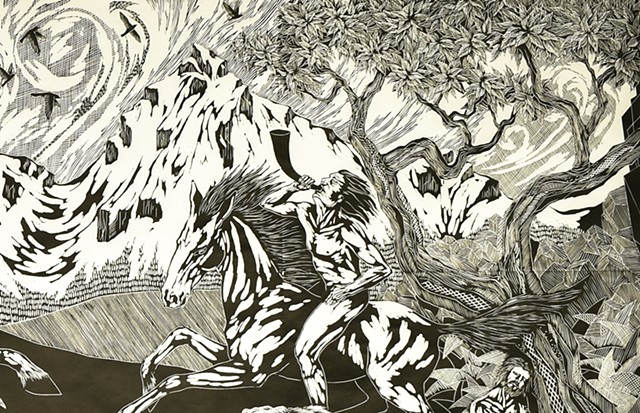 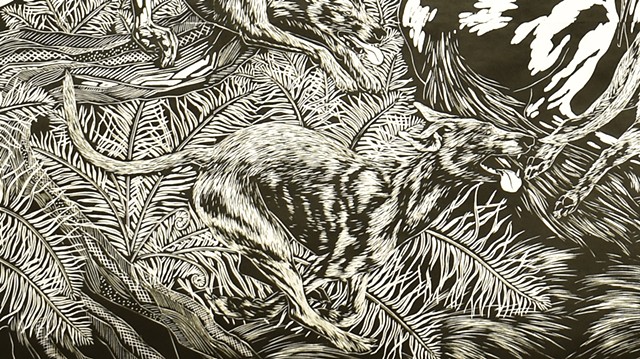 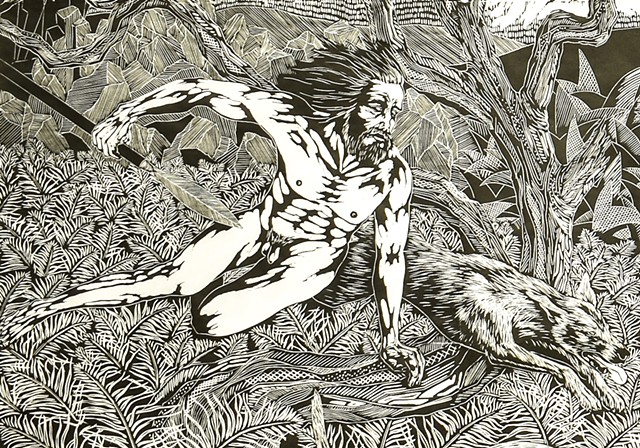 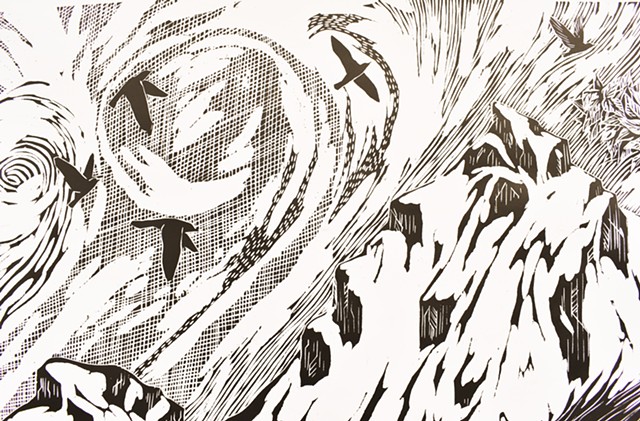 The Allegory of Atalanta

When Atalanta was born her father, Iasus, had hoped for a boy. Refusing to be burdened with a girl, he left her on a mountainside to die of exposure, as was common practice with unwanted girls in Greek antiquity. Artemis, in the form of a she-bear, found Atalanta and suckled her. Atalanta was raised as one of Artemis’ huntresses in the mountains of Arcadia, learning to hunt and fight like a bear.

Many years passed until the day when Atalanta returned to her father’s kingdom. Iasus was astounded by her strength and skill, and welcomed her into the fold. News of her prowess as a huntress spread and she was invited along with all the most skilled hunters in Greece, including Theseus, Meleager, and Peleus, to hunt a boar that had been ravaging the countryside of Calydonia. The hunters stalked their prey, and with the raging boar cornered the hunt devolved into chaos; Peleus missed his mark and accidentally killed Eurytion. Atalanta raised her bow steady and sure, and spilled the boar’s first blood. Meleager was awed and awarded her the hide as an honour prize.

Soon after, craving adventure, Atalanta sailed with Jason and the Argonauts in search of the Golden Fleece. After exploring distant lands and boldly facing many perils, she defeated Peleus, Achilles’s father, in a wrestling match at the funeral games for King Pelias.

Atalanta’s fame continued to grow but, all of her accomplishments aside, in the eyes of her father and Greece her only true role was that of wife. Iasus demanded she marry and, as she could not refuse, Atalanta delayed the sentence by saying she would agree to a union provided her suitor could beat her in a foot race. If they lost she put them to death. Atalanta was heralded as the swiftest runner in Greece and was confident that her inevitable nuptials could be postponed with this arrangement. Many suitors challenged her and lost their lives until one suitor sought to tip the scale through trickery. Hippomenes implored the Hesperides nymphs to give him golden apples with which to distract Atalanta during their race. In my retelling of this myth, Atalanta finds another use for the intended distraction with the help of her adoptive animal family forest, in a bid to keep her freedom.